Misery Accomplished is an album about achieving your goal and it not turning out the way you thought. Some people might call it a concept album but it might be more appropriately thought of as a reality album. 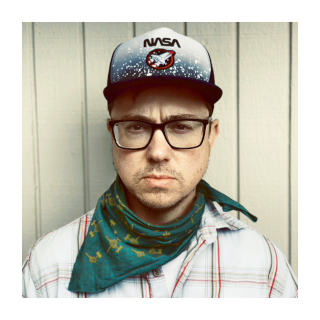 We're also on Bandcamp to stream & download our music to your iPod Nano.

Misery Accomplished was mixed and mastered by David Fuller at Sun Room Studio in Portland, OR.

Roy would like to thank David Fuller. If this album sounds good it’s due to your mixing and mastering of it. Everything else we can blame on Paul.

It’s taken way too many orbits around the sun to grasp this simple fact: life is not an arduous journey in search of an unattainable utopian destination, life is the journey itself. It is a sequence of events primarily influenced by circumstances and factors out of my control. Regardless of how the events unfolding in the passage of time are governed, it is only by accepting the brutal reality that most of the universe resides outside my sphere of influence. Only then can I successfully focus on what I can control and be better positioned to survive the inevitable periods of misery and be able to fully appreciate the moments of joy along the way.

Fortunately for me my sphere of influence includes an (albeit limited) ability to push buttons on a Casio keyboard in patterns described as “music” by some, so here we are.

In defiance of holistic nuance, and because it was low hanging fruit our new album title can be taken quite literally, in fact some might say it is more on the nose than a snowman sitting on a carrot. “Misery Accomplished” is a collection of songs crafted and refined over a period of time punctuated by pain, heartache, despair when we desperately clung onto hope’s extravagant promise of a brighter tomorrow.

Working on “Misery” with Jon was a critical component of my own “hope clinging” strategy and fulfilled many crucial roles such as: distraction, life preserver, refuge and confessional as well as evolving into a creative product that I am very proud of (haters eat hay). Much love and gratitude to Jon, my brother in Roy for riding this train with me. I don’t know where the train is going but I’m glad we’re on the journey together.

One more thing: though this album might be the fruit of misery the listening experience is intended to evoke more desirable emotions…but if you really want to experience misery you can just listen to our old stuff.

Much love and appreciation to Jenny, Simon and Emma. Thanks to Dad and Mom for letting me listen to the devil’s music. And thanks to Jon for showing up on my stoop.

Misery Accomplished is an album created and finished during the hardest period in my life. I used to think that all you needed to do was your best and never give up. Truth is, you can do your best and things that can’t be fixed won’t. To me Misery Accomplished is an album born in the brutality and grief of life turning into a car crash inside of a train wreck. And the biggest truth of all of that is that people are the most important.

Paul, thank you, for letting the album take as long as it did to write and record and be what it is now. Apparently all Roy needed to release a new album was for our lives to be destroyed and rebuilt slowly. Hopefully the next one will be a bit more happy-happy and less traumatic but you know, whatever.

Finley: Thank you for being the joyful spark that caused me to write the first song of this album. The fact that you liked singing it really really helped.

Paul: Roy will always be.

Nancy & Steve: Thank you for allowing me the ability to avoid living in my car.